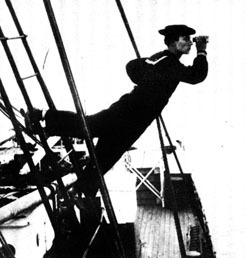 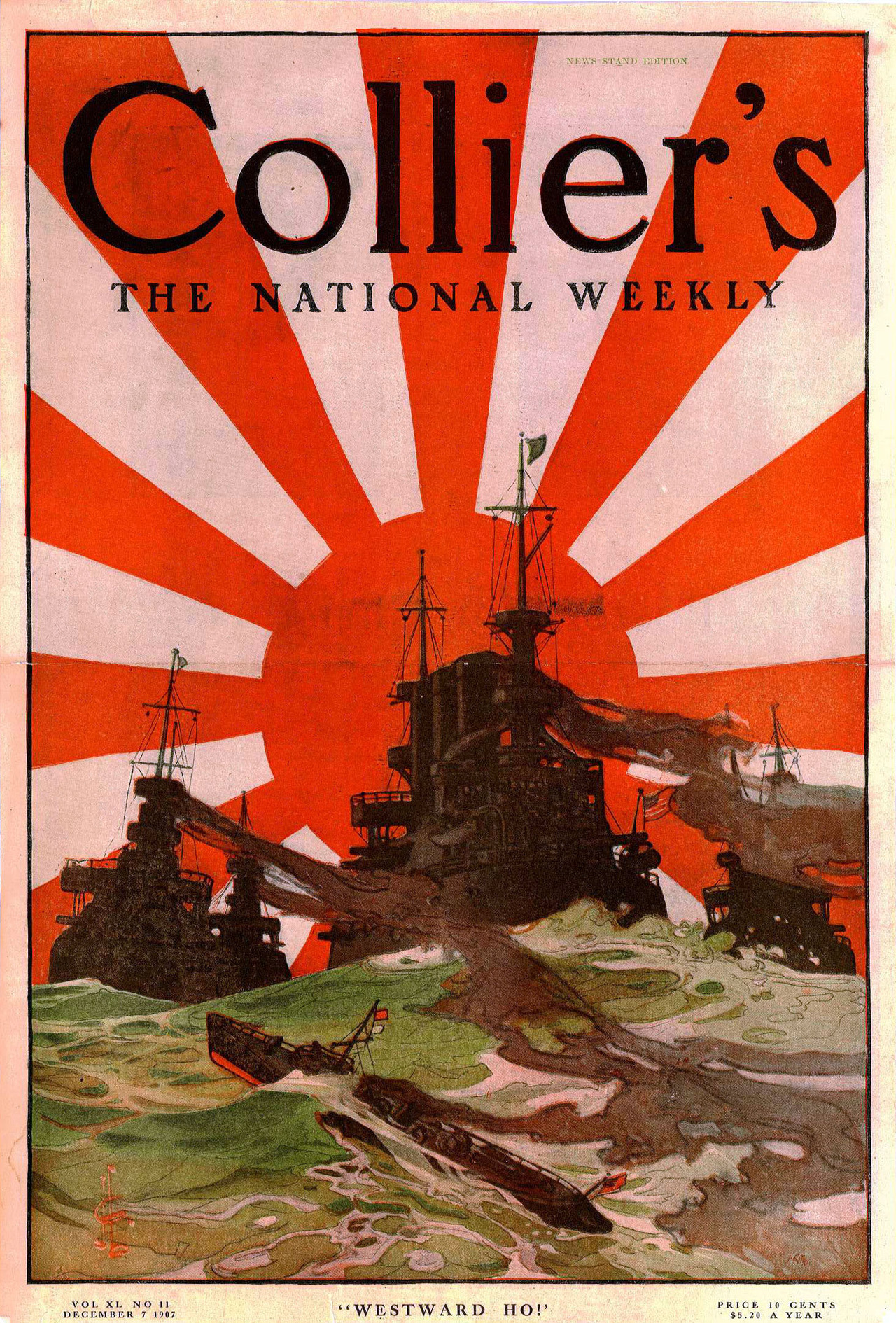 The Great White Fleet (1907) silhouetted against an Imperial Japanese naval ensign. Admiral Togo of Japan leading the Japanese Fleet had destroyed the Russian Fleet in 1905 in the Strait of Tsushima. Even then, there were growing US concerns. 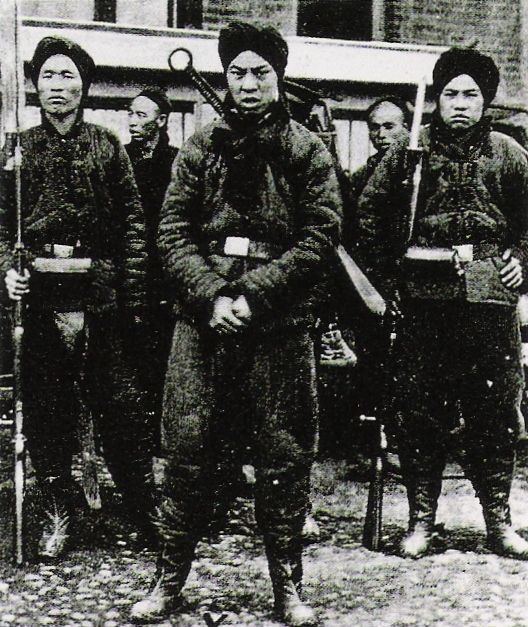 Qing Dynasty soldiers, late 19th Century or early 20th Century. "Qing" is pronounced "Ch'ing" (one syllable) the "ch" is explosive, you exhale it. The Chinese communist romanization rules for the letter Q, X, and Z, are confusing to American readers. 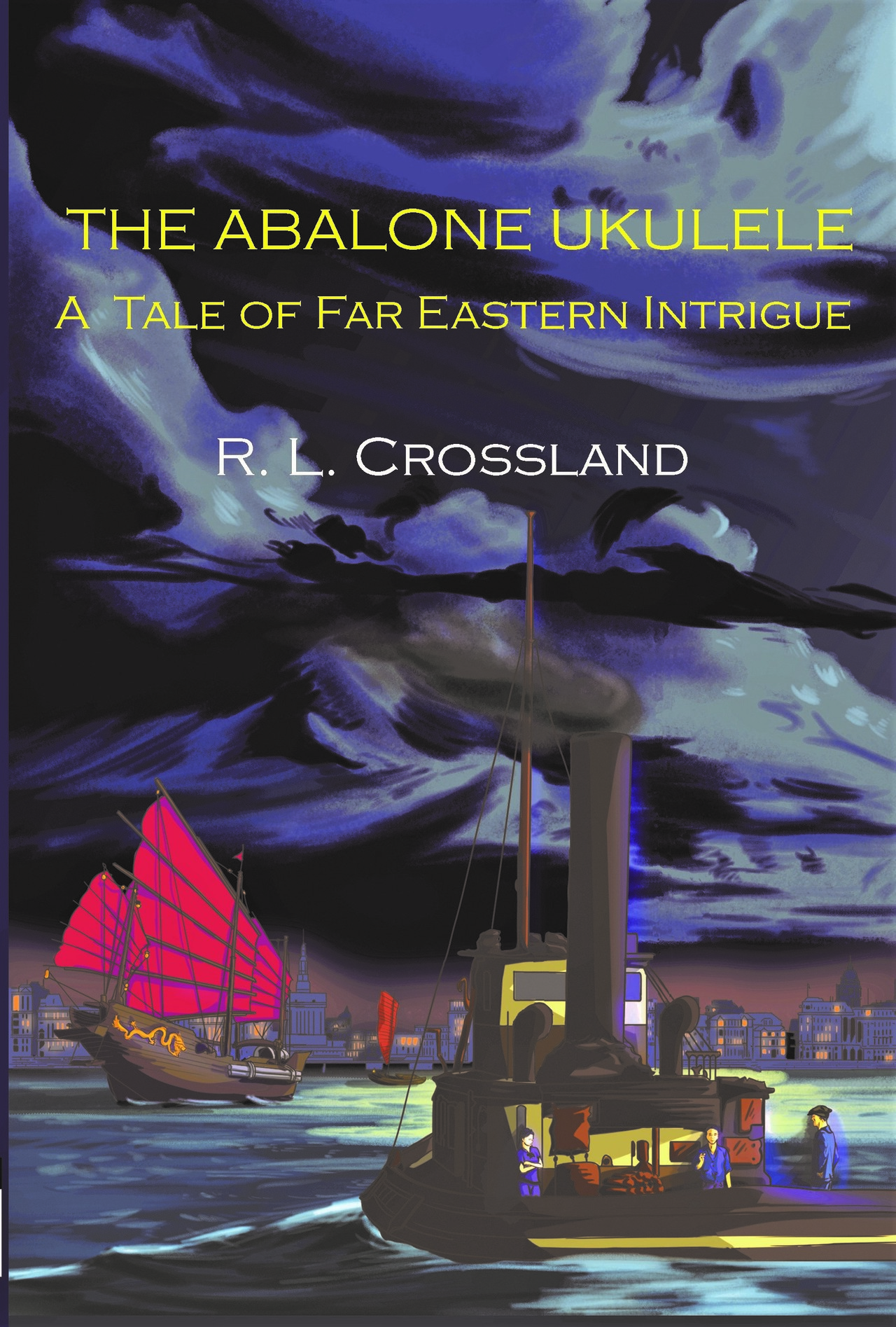 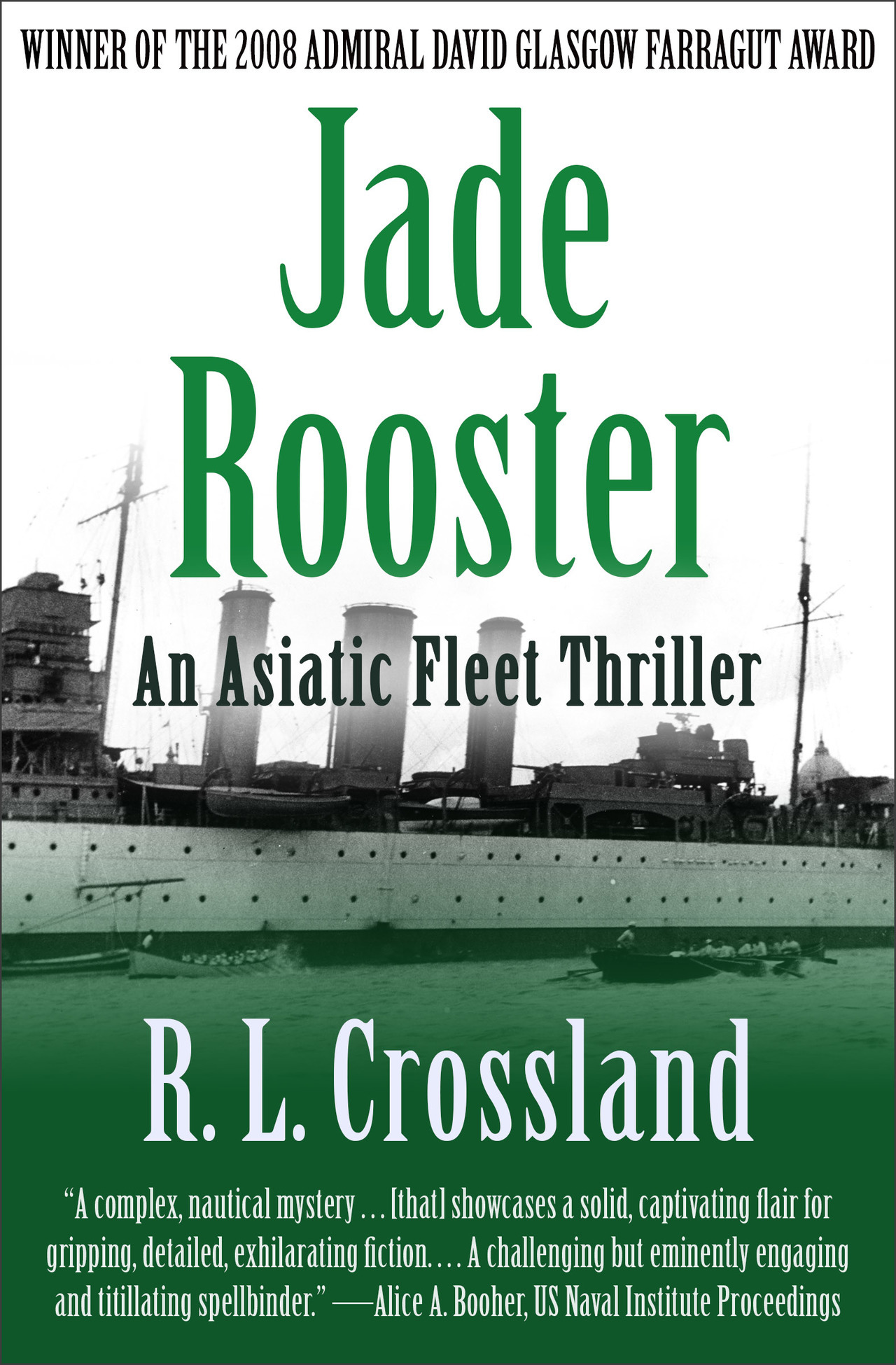 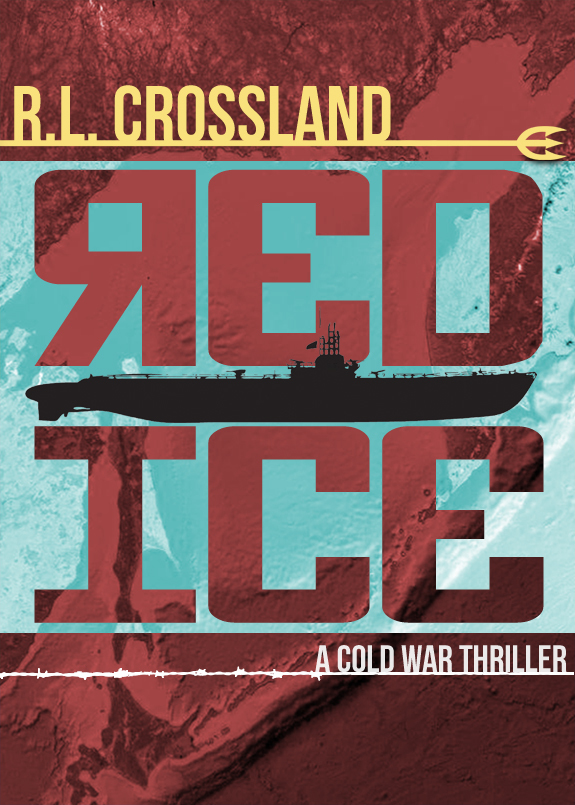