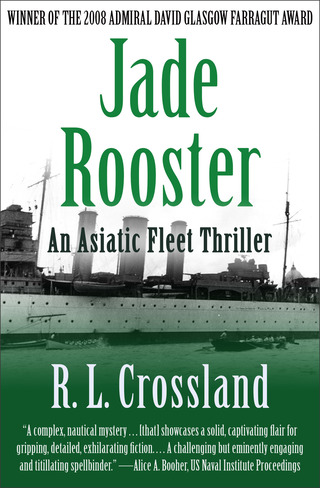 Click on the link below to purchase the book 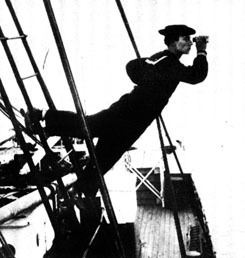 A half-hour later, another American bluejacket with a thick neck, and a girth suggestive of heavy armor plate stormed down the dock with his hat in his hand and his neckerchief askew. He, too, wore his rate on the right arm.

There wasn't a protected cruiser in sight. He muttered, kicked pilings and threw his hat down onto the dock. His words were slurred and he had trouble keeping his balance.

The sailor with the corncob said something to a nearby Japanese coxswain.

The Baltimore sailor turned and squared on the collier sailor. "Hey, you got something to say, auxili-airy-fairy, you say it in goddam American, not Nip sing-song."

The collier sailor said, "Chum, I said 'Rocks and Shoals: Missing ship after absence with or without leave," and spat. He did not back away or change his casual posture.

Sabatelli started on hearing the words, "gold rooster" and pondered its significance.

"No how, no way, not from my skipper. Only thing I'll get is maybe a pat on the back. Naw, not Gunboat Gunnarson, he ain't gonna get no loss of pay, get no confinement, get no nothing. Won every smoker for the ship I ever fought in. Say, sleeve, maybe you're some kind of wiseacre? Lemme give ya a little pat, either end'll do."

This speech he said all in one breath, with the words accelerating to near flank speed at the end. The heavier man had raised both fists in the posture of a prizefighter in a rotogravure, and he'd begun to bob and weave unsteadily. A right cross for emphasis provided punctuation. The collier sailor skipped sideways to his seabag, hammock, and bucket without crossing his feet, and the punch swung wide.

The Baltimore sailor feigned another right and then let loose with a very practiced left jab.

The corncob sailor must have anticipated the blow because he stepped inside, and grabbed material inside the Baltimore sailor's cuff with his well-developed hand and forearm. He twisted, put the bottom of his brogan against the Baltimore's shin and seemed to sweep him up off his feet. The Baltimore seemed to levitate for just a moment, like the crest of a wave about to break.
The Baltimore sailor, Gunnarson, fell on this side with a great exhalation. He looked confused and rose to one knee. He didn't know what had just happened, but sensed Asian treachery.

"Careful there, Gunner's Mate, these decks are some sloppery in the morning with the fog and dew and all," the corncob sailor said, tapping his pipe against the bollard and looking thoughtful. "Wicked sloppery and slicker than a smelt. Well, got to go, got an appointment ." The lean sailor had heard one of his shipmates combine "sloppy" and "slippery" and like the idea of invented words.

"Next time, you smart-mouthed, coal scuttle Ferris wheel..." the thickset cruiser sailor snarled holding his side, "...you're gonna be spitting salvos of teeth."

"I guess," the lean sailor replied vaguely. "Hobson, Quartermaster Third, glad to make your acquaintance while you were staving around. By the by, we of the Ferris wheel rate," he looked down at the ship's wheel on his Quartermaster's rating badge, " ...are who navigated your ship here."

He puffed a moment on his pipe thoughtfully. "Could be that we'd be the ones who left you here, too." 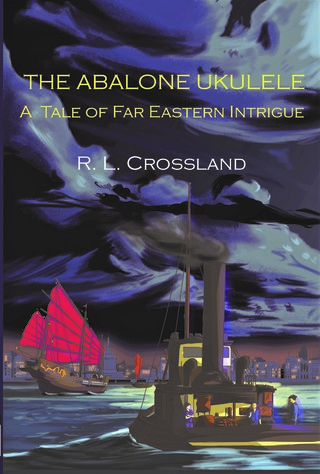 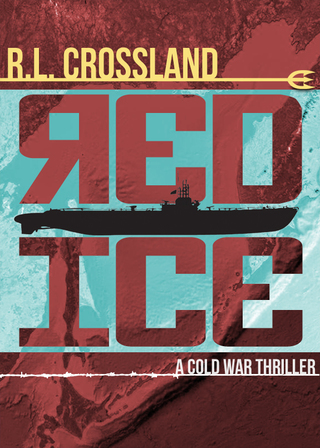